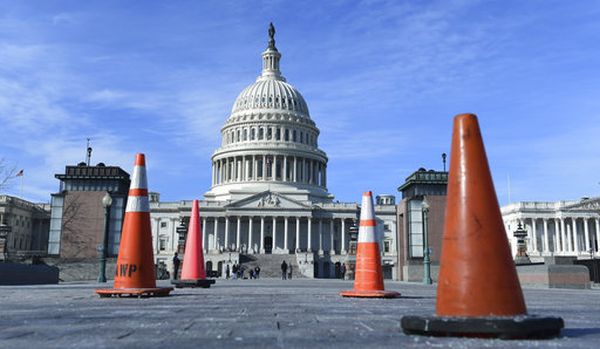 How do government shutdowns affect the housing market?

When a government shutdown happens and until business as usual resumes, homebuyers and sellers could be in store for headaches — but not any long-term setbacks.

Banks and private lenders will operate as usual, housing experts say.   But the mortgage applications they approve or deny include tax records and financials requiring certification.  Fannie Mae and Freddie Mac, despite being government-sponsored enterprises, are not government agencies — and therefore are not affected.

The overall impact of a shutdown on the economy or housing market, however, will likely be negligible, since mortgage approval would resume eventually, said economists at Redfin and the National Association of Realtors. In October 2013, during which the government shut down for two weeks, sales volume declined modestly nationwide and in Washington D.C. but rebounded soon after government employees returned to work, according to Redfin data. Total sales volume declined 16.9 percent, month over month, but rebounded over several months.

“At the time it was a big deal for the government to shut down for a couple of weeks and there was a lot of concern, but what that ended up being was just a blip on the radar screen for both housing and the economy,” Redfin Chief Economist Nela Richardson said.  “It didn’t really amount to a hill of beans. So maybe there’s a false comfort that we can easily shut down the government without economic impact. That could be proven wrong, but what we have to go by is what happened the last time around, and it just didn’t make that much of a difference.”

The Department of Veteran Affairs will continue to guaranty loans through a shutdown, covered in the VA’s contingency plan.

Internal Revenue Service  closes and suspends the processing of all forms, including tax return transcripts. Loans that require social security verification will not be able to close until the Social Security Office is open and available to perform verification services.  Internal Revenue Service will search for a valid social security number for information inconsistencies that may have been reported to us by the Credit Bureau.  This will assist in raising a red flag if there is possible ID theft.

Federal Housing Administration will continue with normal workflow for Direct Endorsement Lenders, like MIG.
HUD has released an Operations & Systems Availability During Government Shutdown document.
Due to the lack of staffing at FHA/HUD, your loan has a chance to be delayed.

Fannie Mae & Freddie Mac will continue operating normally since they do not depend on the federal budgetary process for their money.

Featured Listings:
Get away from it all with your home in the Smokies