What do rising mortgage rates mean for purchasing power? Read below to find out how much rates have increased,  an example how how the rate increase effects the lifetime cost of a mortgage, and and a comparison of previous yearly rates.

Mortgage rates jumped above 4% to their highest level since April 2019. Specifically, the 30-year fixed mortgage rate rose to 4.16% from 3.85% the previous week.

The National Association of Realtors signaled multiple times before that mortgage rates would rise in response to the Federal Reserve’s strategy of raising short-term interest rates.

NAR expects mortgage rates to average around 4.3% at the end of the year.

What does this mean for purchasing power?

Forbes Advisor provides a clear example of how a 1% rate increase impacts the lifetime cost of a home mortgage loan.

Take a family shopping around for a $300,000 30-year, fixed-rate mortgage. If banks were offering them an interest rate of 3.5%, the total lifetime cost of the mortgage would be approximately $485,000, with nearly $185,000 of that accounting for interest charges. Monthly payments would clock in around $1,340.

Let’s say the Fed had raised interest rates by 1% before the family got a loan, and the interest rate offered by banks for a $300,000 home mortgage loan rose to 4.5%. Over the 30-year life of the loan, the family would pay a total of more than $547,000, with interest charges accounting for $247,000 of that amount. Their monthly mortgage payment would be approximately $1,520.

Even with the rising rates – today’s rates are still favorable

Rates around 4% are still fairly low compared to historical figures. 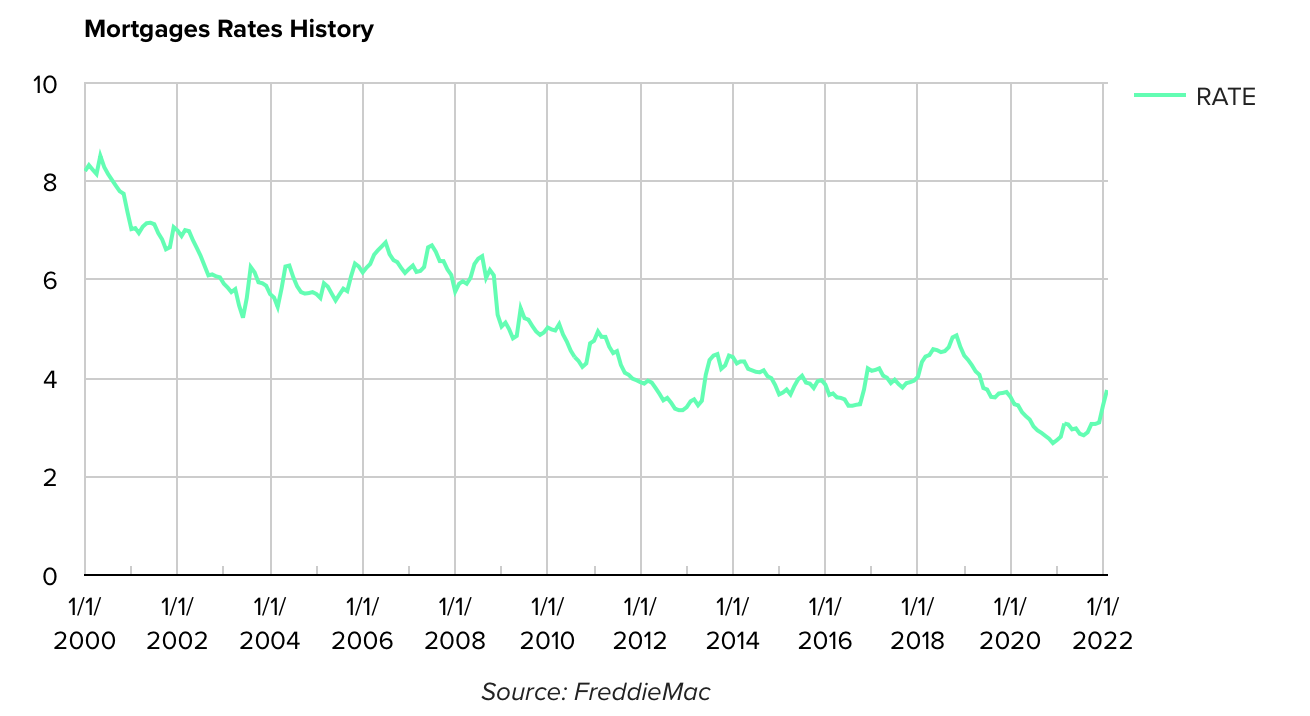 Annual averages over the past two decades from the Freddie Mac survey, which follows similar trends to the Bankrate survey used in this article, show that rates remain quite favorable compared to what they were in fairly recent memory.

Rates have risen sharply this year but they still are favorable when compared to levels seen in the fairly recent past.